UK Cemetery to create a "Museum of Death"

A cemetery is to open a "Museum of Death" as part of a new visitor attraction.

The plans to encourage more visitors to visit Brookwood Cemetery have been approved by Woking Borough Council.

The Surrey cemetery was opened in 1854 when London cemeteries became overcrowded following a cholera epidemic in 1848/1849.

"New visitor facilities including a café, walking trail, education centre and the provocatively titled, 'Museum of Death' are among the plans to attract new audiences and promote greater appreciation of this largely hidden public asset," a council spokesman said. 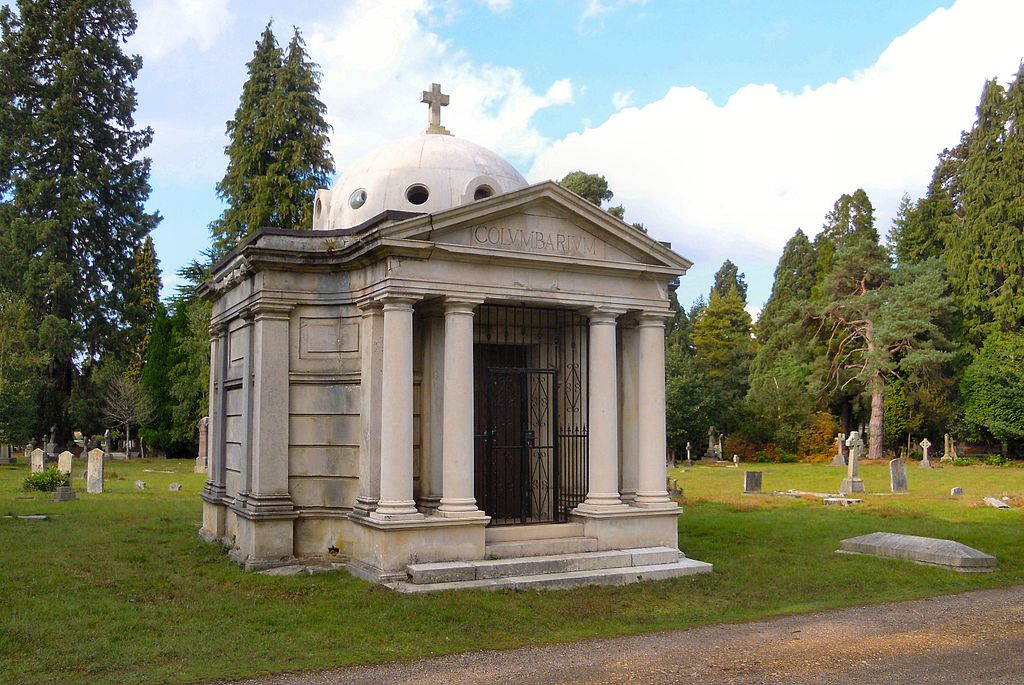 Brookwood Columbarium, built as a mausoleum for Lord Cadogan but converted in 1910 for the storage of cremation urns

Avril Kirby, Brookwood Cemetery Manager, said: "Many of the issues faced in the mid-19th Century, to a greater or lesser extent, still exist. Funeral poverty, population growth, excess deaths and growing concern for the environment are all issues which continue to challenge the funerary industry today."

A new burial site is being prepared at Brookwood for the bodies excavated and exhumed from St James's Garden in Euston, London, as part of the construction for the new HS2 station.

The Grade II listed monument to Lord Edward Clinton at Brookwood CemeteryBrookwood Cemetery, also known as the London Necropolis, is a burial ground in Brookwood, Surrey, England. It is the largest cemetery in the United Kingdom and one of the largest in Europe. The cemetery is listed a Grade I site in the Register of Historic Parks and Gardens.

More at the BBC Source